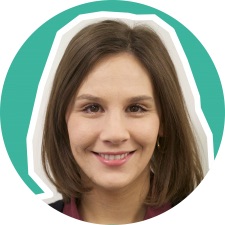 Learn more about Cricket and the Digital Promise:

To Cricket Fuller of Digital Promise, one problem with efforts to improve education in our country is that they happen in isolation, or “in silos.” As a result, “researchers may be evaluating a certain practice, but they’re doing it in a research institution too often divorced from the day to day work of actual schools,” she explains. “Likewise, schools are very often isolated from larger opportunities available through [businesses within a given] industry.” In general, the many stakeholders invested in education would benefit richly from cross-sector collaboration.

But throughout America, there are urban and rural communities forming networks and partnerships in order to improve education. These developing ecosystems are the focus of Fuller’s work with Digital Promise’s Education Innovation Clusters initiative, which aims to catalyze and provide guidance to such local efforts.

“They are building communities of stakeholders who are deeply invested in transforming teaching and learning, and those stakeholders are from multiple different sectors. They’re educators, researchers, policy makers, and folks in the educational technology sector, “ says Fuller.

In each region, Fuller explains that these “EdClusters” are typically led by an existing local convener. For instance, the EdCluster in Pittsburgh is the Remake Learning Network, a collaborative network of educators featured elsewhere in this series. In the Boston area, the central convener is LearnLaunch, an organization that includes a teacher professional development institute and an accelerator program for educational technology.

Digital Promise helps these regional networks improve on or accelerate their own homegrown community building efforts through ongoing advice and stewardship coaching. In some instances, that has meant helping organizations transition into a more structured role as the center of a cluster.

“They may have already been doing some partnership work but hadn’t formalized or expanded what they were doing,” says Fuller. “So, for example, we worked with the group in Boston to think about what the design of their consortium would be and what stakeholders might be involved.”

In other cases, Digital Promise helps support developing clusters through digital storytelling. For example, Digital Promise produced a series of videos to promote awareness of the Kentucky Valley Educational Cooperative, a cluster working to promote learning for a post-coal economy in the state’s rural southeast.

The individual clusters also interact and exchange knowledge with their counterparts from across the country through ongoing opportunities to connect, including a listserve and an annual in-person EdClusters convening. The 2015 edition in Chicago brought together stakeholders from 93 organizations in 34 regions for seminars, panels, and break out discussion. Subsequent gatherings in Providence and Kansas City has drawn similar crowds and fostered ongoing connections among far-flung communities.

For Fuller and Digital Promise, facilitating community building — and ultimately positive community change — is about closing the wide gap in educational outcomes that exists in America based on demographics and geographic areas.

The EdClusters initiative supplements the place-based, community-informed work within individual communities across the country, and it also enables collaboration between those communities. As a result, educators across the country benefit from each other’s insights and broaden their impact on the students they serve.

Learn more about Cricket and the Digital Promise: